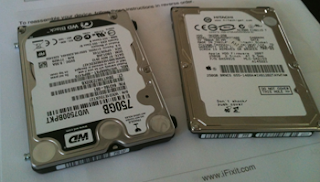 Since the subject of this topic caused me a lot of time and frustration, I wrote down the final and working solution for the benefit of those whom it may concern. I own a MacBook Pro (pre-unibody, Intel, type A1261, early 2008) which I wanted to upgrade and equip with a bigger HD. I chose the fast 7200 tr/min WD Scorpio Black SATA II 750 GB. To clone my present HD I tried both SuperDuper! and Carbon Copy Cloner by Mike Bombich. Before I set off, I used Disk Utility to partition my new drive correctly for the HFS+ file system: Volume Scheme set to 1, selected GUID Partition Table and set the format to Mac OS Extended (Journaled).

For the cloning, I initially followed the standard procedure, booted my Mac from the original HD, hooked up the new disk externally (seperate mains powered USB bus) and had SuperDuper! and later CC Cloner produce a bootable image. The process took almost 7 hours at a time in my case, my original HD being brimmed. To have a working disk I had CC Cloner provide me with a Recovery Partition on the new HD to get Mountain Lion properly set up (Apple no longer distributes the Mac OS X Installer on a DVD from Lion onwards). So far, so good. I could very nicely boot from my new HD as long as I left it hooked up externally!

As soon as I fitted the WD in my Mac and tried to boot from it, the disk was no longer recognised and I was invited to eject or initialise. Bummer!

Booting from my original disk and running Disk Utility repeatedly confronted me with the incorrect  report: MBR/MS-Dos partition. Now what? After reformatting and retrying nothing changed. At last, I tried to work inversely. I hooked up the old HD externally, booted from there and after re-initializing cloned to the new drive as a target. Guess what? I was up and running! Don't ask me for an explanation, but somehow this workaround is a valid procedure. 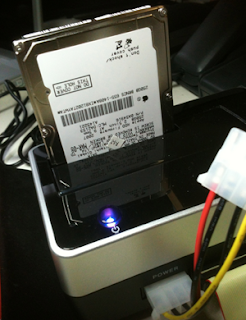